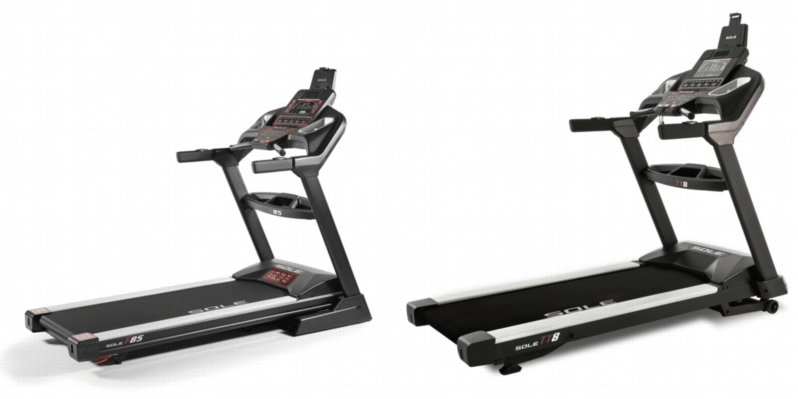 The Sole F85 has a 9-inch LCD workout display and the Sole TT8 has a 10.1″ TFT LCD display. We think the bigger display size of the TT8 is a plus. 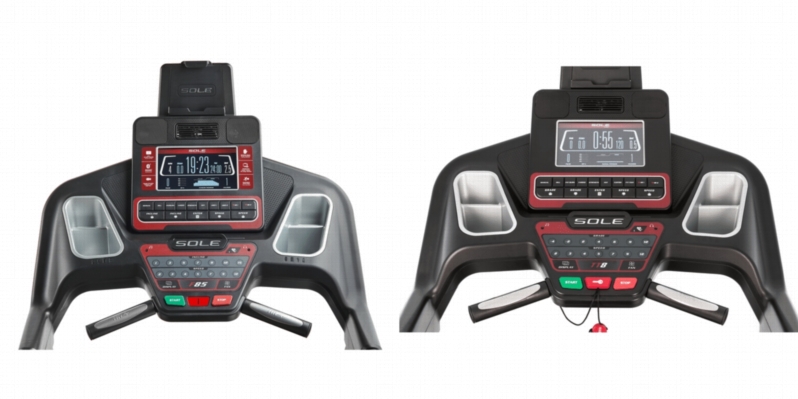 We gave the Sole TT8 a rating of 95 over 100 while we gave 90 for the F85 because, the TT8 has more user weight capacity, bigger screen, decline control, and a good price for the features you get.